Despite being against the law, workplace discrimination was experienced predominantly by unemployed persons, people from non-white ethnic backgrounds, persons who identify as LGBTQI+, non-Irish and persons with a disability (Table 1). 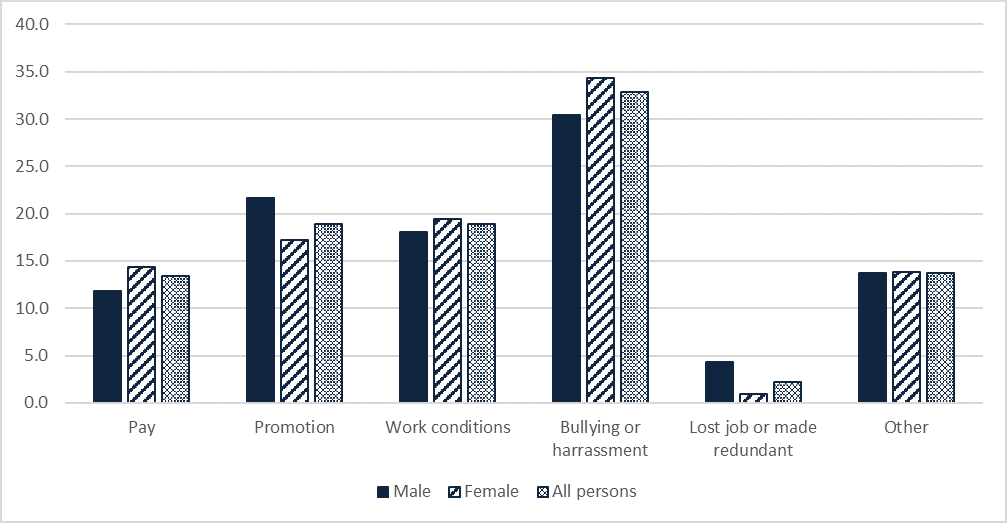 With almost full employment (Ireland has an unemployment rate of just 4.5%), employees have theoretically greater choice in their employment and more freedom to move on if they are unhappy in their work.  However, those furthest from the labour market and from marginalised groups are least likely to recognise these choices and more likely to be impacted by discrimination.

A similar pattern emerges for those who experienced discrimination in accessing services, that is basic services such as shops, pubs or restaurants, using the services of banks, insurance companies or financial institutions, education, looking for housing or accommodation, accessing health services, using transport services, accessing other public services at a local or national level and in contact with An Garda Síochána (Table 2).

Almost 1 in 5 young people aged between 18 and 24 experienced some discrimination in accessing services.  This is particularly the case when accessing services in shops, pubs, restaurants and other retail outlets (7.2%), looking for housing or accommodation (5.6%) and contact with An Garda Siochana (3.9%).

The type of discrimination reported was linked to the effect it had on the person’s life, with almost one third of those who experienced discrimination in work, looking for work or accessing health services (29.2%, 31.2% and 31.3% respectively) stating it had a serious effect on their lives.

From a policy perspective, this data provides an insight into the specific groups who are most impacted by discrimination and the areas in which this discrimination is likely to arise.  We need targeted approaches and much greater enforcement of existing legislation and regulation to tackle these issues.

On a personal level, the Irish Human Rights and Equality Commission (IHREC) have some practical advice on their website to support people who are experiencing discrimination to make a complaint under the Equal Status Acts.