When assessing the change in people’s incomes following any Budget, it is important that tax changes be included as well as changes to basic social welfare payments. In our calculations we have not included any changes to other welfare allowances and secondary benefits as these payments do not flow to all households. Similarly, we have not included changes to other taxes (including indirect taxes and property taxes) as these are also experienced differently by households. Chart 6.1 (page 6) demonstrates that there is little change arising from Budget 2020 announcements on the various household groupings  we track annually.

There is no proposed increase in the weekly rate of  jobseekers benefit in Budget 2020 and the increase shown in Chart 1 for the unemployed merely reflects the full year effect of Budget 2019’s increase of €5 per week for single people and €8.30 per week for persons with a qualified adult which came into effect from March 2019 together with the increased value of the Christmas Bonus i.e. total increase year on year of €65 for a single person and €108 for a couple.

However, many of those in employment will benefit from pay increases or incremental credits which will not apply to those in receipt of social welfare benefits alone. For example TDs have recently benefited by approx. €1,600 per annum arising from public sector pay restoration and will receive a further €2,113 per annum from October next year, an overall increase of approx. €71 per week gross. Such increases in income benefit those better off while not accruing to those most vulnerable in society. 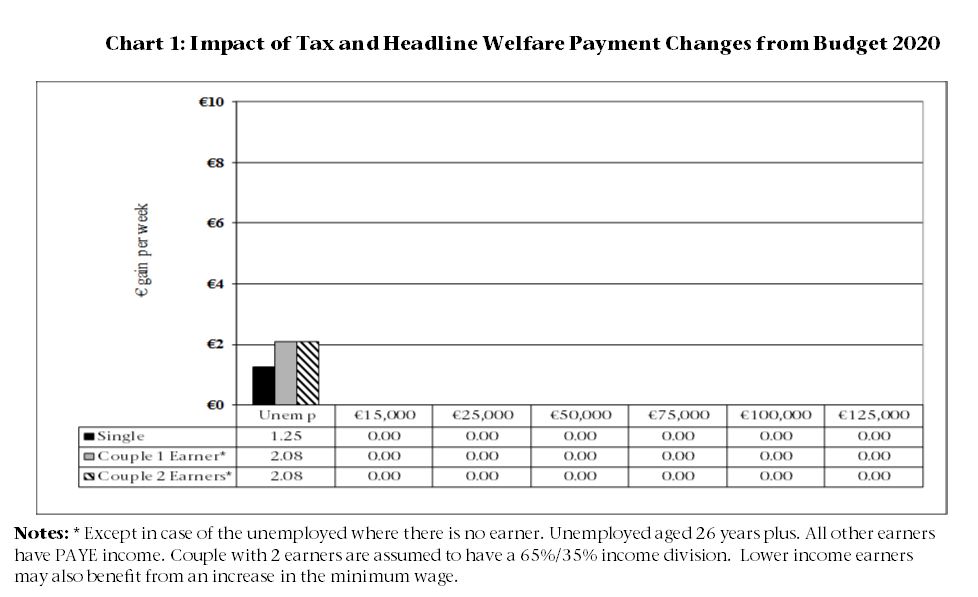 As Chat 2, below, shows, despite increases during the recent economic crisis, these effective tax rates have decreased considerably over the past two decades for all earners. 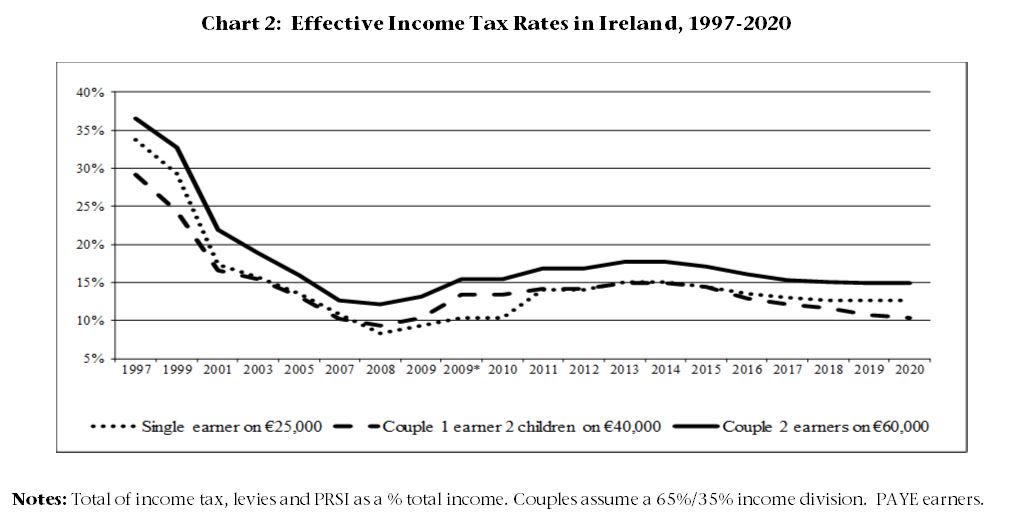