Low taxation is not the key to a competitive economy

The International Institute for Management Development recently published the World Competitiveness Rankings for 2020. Each country’s ranking is based on an analysis of more than 235 indicators derived from four main factors: economic performance, government efficiency, business efficiency and infrastructure. The Top 20 countries for 2020 is shown below. Ireland is at number 12, down from number 7 last year. 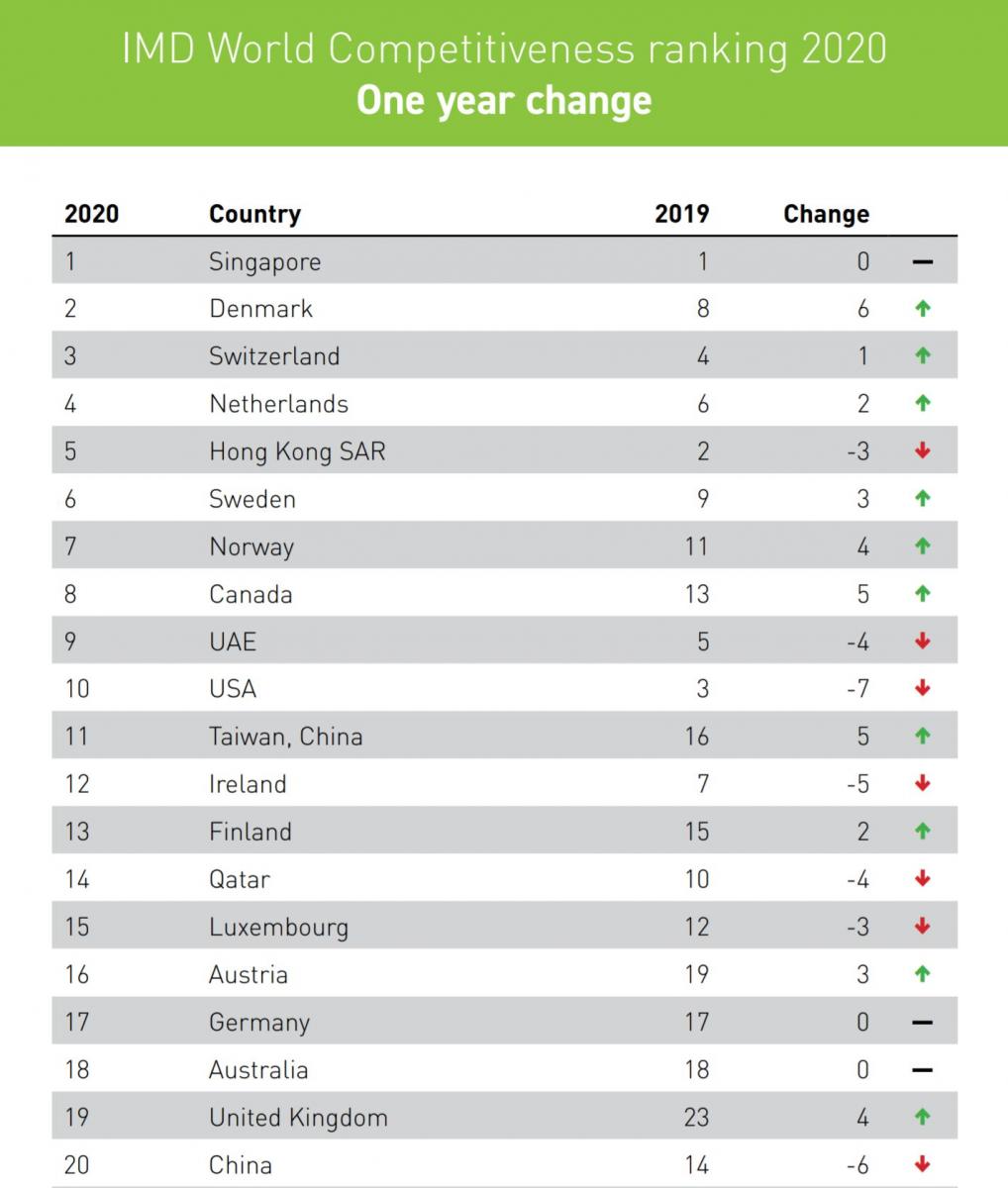 One interesting aspect about this table is how little competitiveness has to do with levels of taxation in society. High ranking regions and countries such as Hong Kong, Singapore and Taiwan collect very low levels of tax compared to national income (around 15 per cent), while in Qatar and the United Arab Emirates the ratio is extraordinarily low (in the low single digits).

The Department of Finance projected Ireland's tax to GDP ratio in 2020 to be 25.2 per cent. However, given well-documented issues with using GDP as a true measure of the size of Ireland's economy, it is more useful to compare countries according to taxation per capita. The table below ranks the 11 European countries that made the Top 20 above, according to total taxation collected per capita. (Taxation per capita is not the amount of income tax collected from each person, but is the sum of taxes from all sources in the economy in 2018, plus social insurance contributions, divided by the estimated population of that country that year). 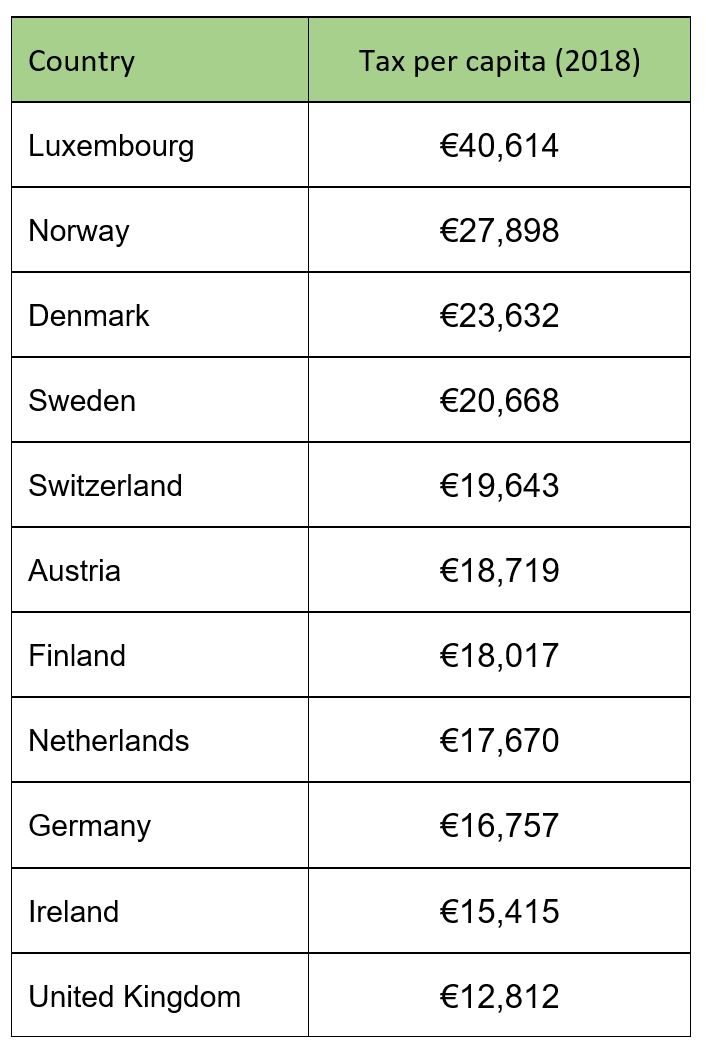 The other 10 European countries who are ranked in the Top 20 most competitive nations in the world all collect a higher level of tax per capita than Ireland, with the exception of the United Kingdom. Luxembourg is something of an outlier, due to the nature of its economic model. However, Norway and Denmark each collect more than 50 per cent more than Ireland. In Sweden it is a third more, and in Switzerland it is a quarter more. All of these countries outrank Ireland in terms of competitiveness.

Not all economies approach economic policy in the same way. For different reasons, Ireland cannot follow the economic model of countries like Qatar or Singapore or Switzeraland. But there is no reason that we cannot move closer to the models followed by other northern-European countries like the Netherlands and Denmark.

The bottom line is that suggestions Ireland must maintain its status as a low-tax economy (by the standards of its peer countries in Western and Northern Europe) in order to be competitive are erroneous. There are a number of factors that facilitate economic competitiveness and prosperity. Speaking to The Irish Times on the occasion of the publication of the report, Professor Christos Cabolis, Chief Economist at IMD, said that Ireland remains a “very competitive nation”. However, he said that infrastructure in particular was an area where improvements needed to be made.

This echoes the assessment of Nobel Prize-winning Economist Joseph Stiglitz who, commenting Ireland's long-term development prospects, has asserted that “all the evidence is that the low tax, low service strategy for attracting investment is short-sighted” and that “far more important in terms of attracting good businesses is the quality of education, infrastructure and services.” Professor Stiglitz added that “low tax was not the critical factor in the Republic’s economic development and it is now becoming an impediment".