Over 12,800 local organisations are now members of Public Participation Networks

Public Participation Networks (PPNs) were set up to provide a mechanism by which citizens can have a greater say in local government decisions which affect their own communities, and by all indications they are thriving.

The Public Participation Network Annual Report 2017 published by the Department of Rural and Community Development shows the current state of PPNs. As of the end of 2017, PPNs across the country had grown to have a total of 12,805 member organisations, an increase on 2016 of 21 per cent. 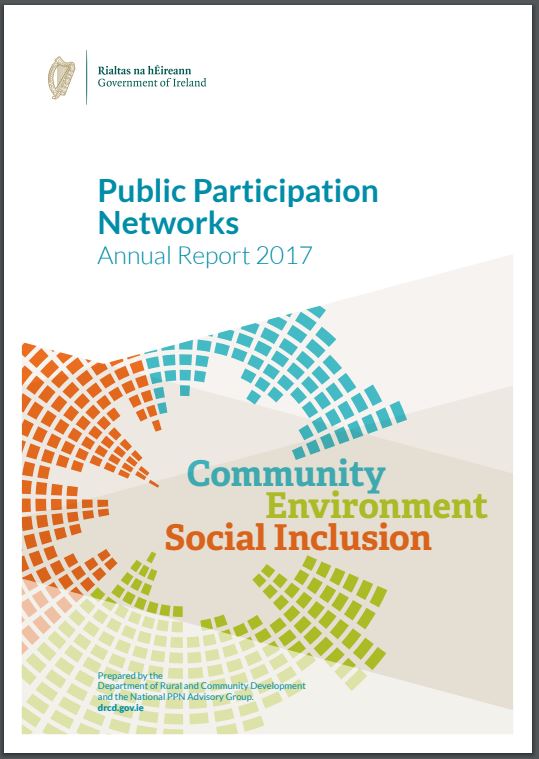 Throughout the year, more than 1,200 hours of training were delivered at 340 different sessions. These sessions were attended by 2,677 people. This capacity building ensures that the increasing membership translates into tangible benefits.

Among other things, this has led to 882 PPN participants on 382 boards and committees, ranging from Joint Policing Committees to County Tourism Boards to Local Development Partnerships.

Each local authority area has a PPN made up of groups and organisations from the Environmental, Social Inclusion, and Community & Voluntary sectors. And it’s not just at a local level that PPNs are making their presence felt: 63 written submissions were made by PPNs on policy, both at a national and local level, and there were 270 national consultations. Meanwhile 333 newsletters, both printed and online, were sent out. 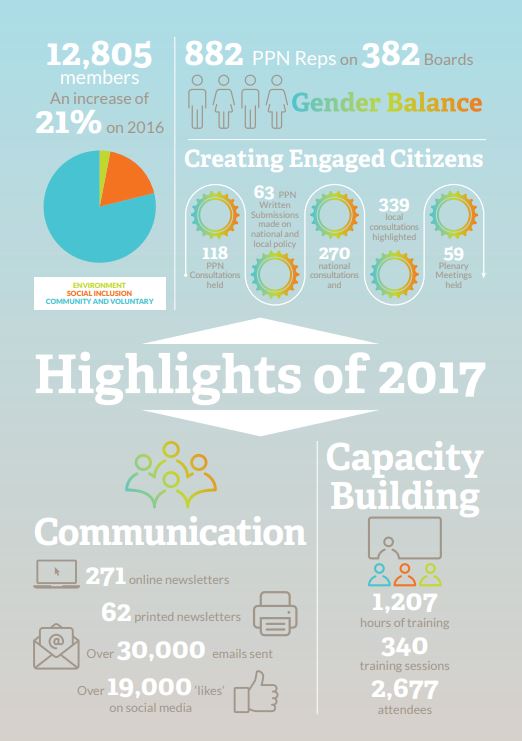 Social Justice Ireland conducted the research behind the numbers in these reports, and indeed we are among the organisations who have delivered training and capacity building sessions to PPN members. Social Justice Ireland CEO Dr. Seán Healy sits on the PPN National Advisory Group. The research for this report on PPNs was overseen by a working group which had representatives from Fingal PPN, Wicklow PPN and the Department of Rural and Community Development.

Our close dealings with the PPNs allow a unique perspective on their potential to benefit local communities and local democracy, and we welcome Minister Kyne’s commitment to strengthening the PPNs in order that they can fulfil this potential.

Indeed, as the Minister himself said at the launch of the report, “Who better to know what’s best for their communities than local people?”. 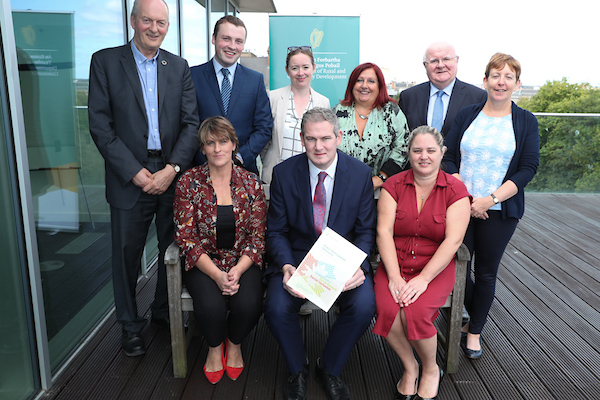 Social Justice Ireland CEO Dr. Sean Healy (back row, 2nd from right) at the launch of the PPN Annual Report