Social transfers are an effective policy tool in reducing income inequality in Ireland. Without social transfers, the proprtion of the Irish population living at risk of poverty would be more than double what it currently is. Expenditure by the Department of Employment Affairs and Social Protection accounted for 24 per cent of total Government expenditure in 2019, and 6 per cent of GDP. The Department recently published its Annual Statistical Report 2019 which contains a wealth of information on how this expenditure is distributed. 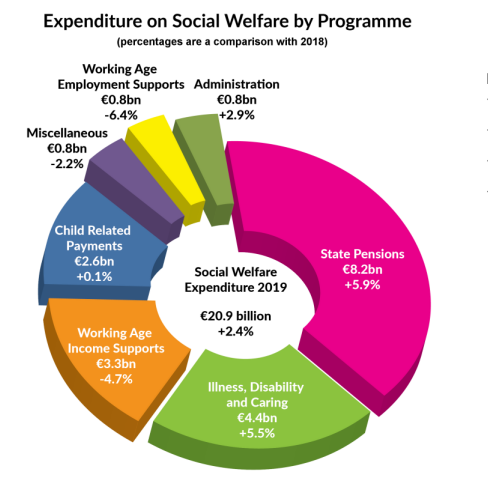 The main source of revenue for social protection is Employer PRSI, which accounted for over two-thirds of all income (68.4 per cent). Employee PRSI accounts for one fifth (20.2 per cent), and the remaining income mainly consists of Self-Employed PRSI (5.1 per cent), National Training Fund (5.8 per cent), Benefit Overpayment Recoveries (0.9 per cent), Redundancy and Insolvency Recoveries (0.1 per cent); and Recoverable Benefits (0.18 per cent).

Since 2016, social insurance income has exceeded Social Insurance expenditure, with a surplus of almost €1.6 billion recorded in 2019 (Chart 2). 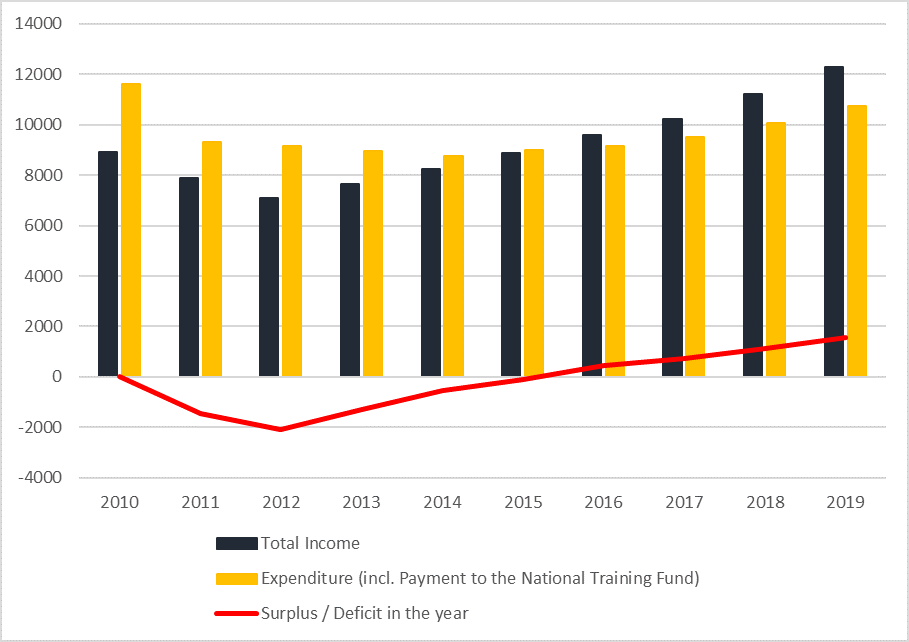 Notwithstanding the importance of social transfers in the alleviation of poverty, there remains almost 670,000 people living at risk of poverty in Ireland according to the latest SILC data (2018). This surplus should therefore be invested in initiatives to lift these 670,000 out of poverty. 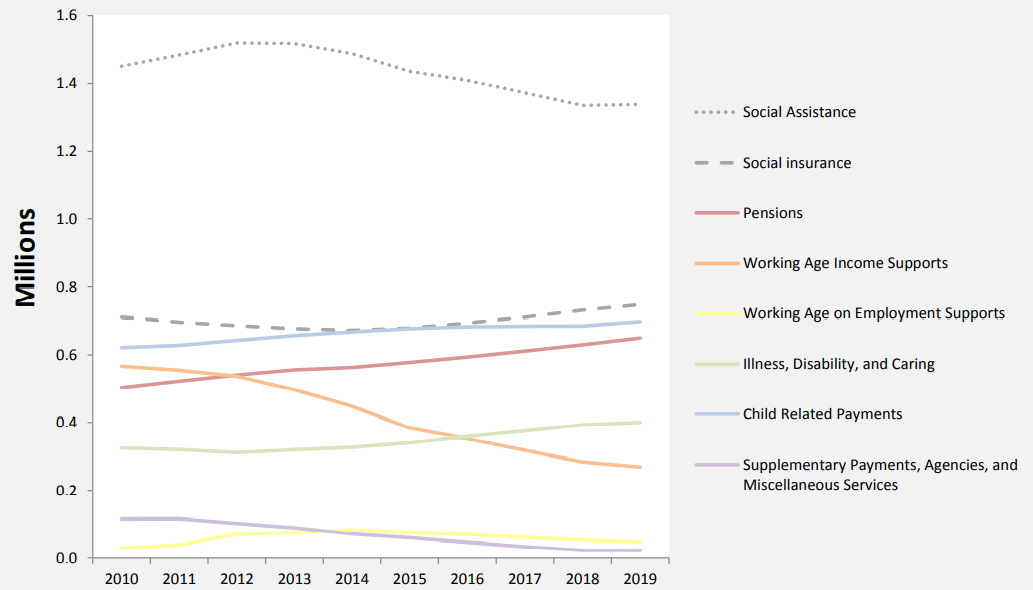 Given the importance of social welfare payments to such a large cohort of the population, it is imperative that the model is both sustainable and equitable. Social Justice Ireland has previously proposed a model of indexation of social welfare payments, to an initial 27.5 per cent of average weekly earnings as a move towards securing a minimum standard of living for all. This should be implemented in Budget 2021.