Under-occupied and Over-crowded - a snapshot of Ireland's housing

Eurostat data suggests that almost seven in ten people in Ireland are over-accommodated, that is, living in housing that is too large for their needs, while just 3.2 per cent of the population are living in overcrowded accommodation. This is ostensibly good news, however a closer analysis of the data shows the inequalities inherent in Ireland's housing system.

An under-occupied dwelling is defined by Eurostat as a dwelling deemed to be too large for the needs of the household living in it, in terms of excess rooms and more specifically bedrooms. Under-occupation as opposed to a situation of overcrowding. The classic cause of under-occupation is older individuals or couples remaining in their home after their children have grown up and left; family breakdown can also result in under-occupation. 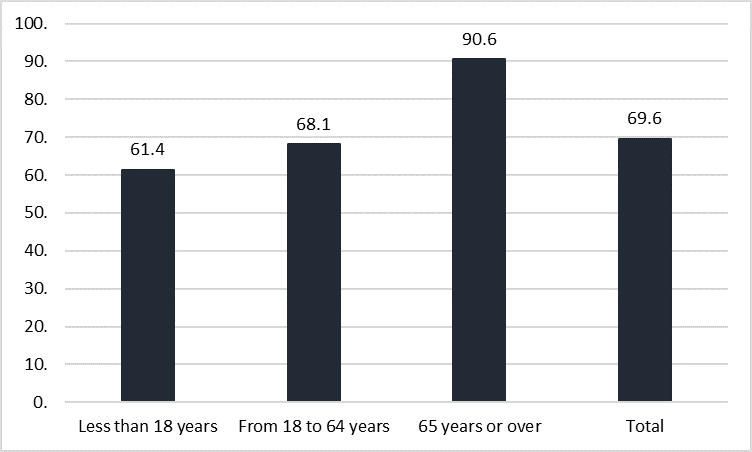 Given the age profile, and the fact that older people are more likely to own their own home, it is therefore unsurprising that the people living in homes too large for their needs are more than twice as likely to be in owner-occupied accommodation than rented accommodation (Chart 2). 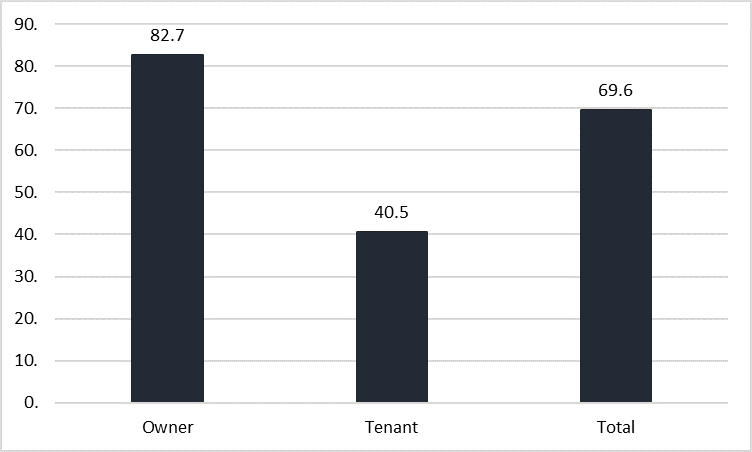 According to Eurostat, a person is considered as living in an overcrowded household if the household does not have at its disposal a minimum number of rooms equal to:

Just 3.2 per cent of the population are living in over-crowded accommodation, compared to an EU-27 average of 17.2 per cent. When the single-person households are removed, these data increase to 3.5 per cent and 18.5 per cent respectively, not a significant shift. However, when we look again at tenure, we see that that tenants are more likely to be living in over-crowded accommodation compared to owner-occupiers and almost one in ten tenants in reduced price or free accommodation (usually social housing tenants) are living in this situation (Chart 3). That’s more than 31 times the rate of owner occupiers with no outstanding mortgage or housing loan. 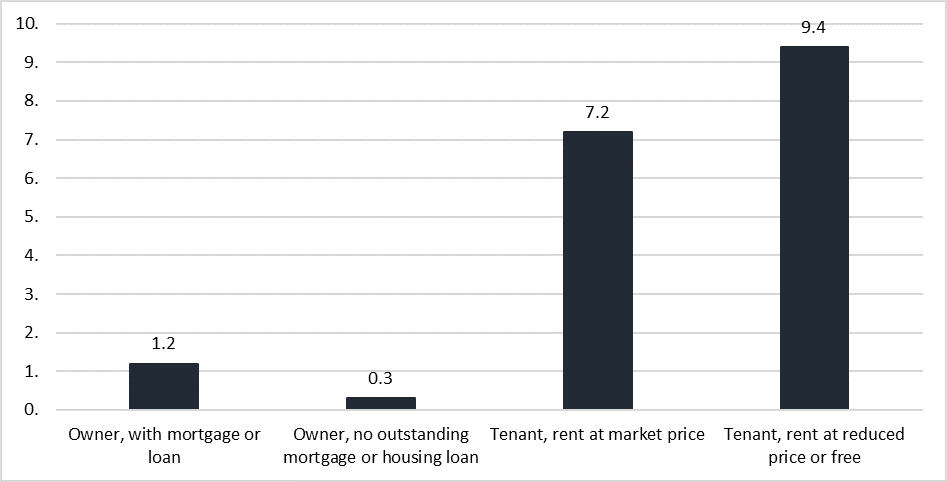 It is therefore not surprising that there is an association between over-crowding and income. Chart 4 shows that the rate of overcrowding among the population in the lowest 20 per cent of the income distribution is six times that of those in the top 20 per cent, and over twice the total rate. 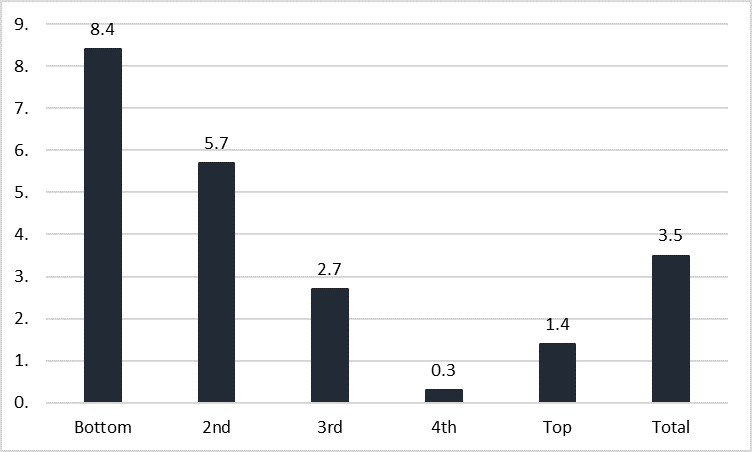 The Covid-19 pandemic has exacerbated these issues, isolation among older people means a reliance on charitable supports for basic needs such as shopping; while people in over-crowded accommodation cannot adequately self-isolate.

As part of a new Social Contract, we need to rebuild our housing system to create livable communities across the life-cycle, ensuring space to grow and thrive and establish support networks in times of need.